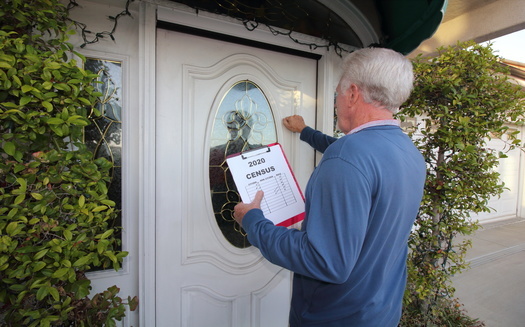 SACRAMENTO, Calif. — Anyone can talk to California Secretary of State Alex Padilla on Thursday by calling into a “tele-town hall” meeting on two topics: the upcoming census and the Voter’s Choice Act and its effects on the primary election.

AARP California is hosting the call-in event, which starts at 7 p.m. The outreach is partly to encourage everyone to fill out their 2020 census forms in April. Padilla said it’s hard to get a complete count, especially of young people, low-income families and seniors.

“So, if there’s an undercount of the California population,” he said, “then we lose out on federal funds that we deserve — and not for one year, but for 10 years.”

The census data is used to set federal funding for housing, health care, public safety, education, transportation, employment and more. It also will determine whether California gets to keep all 53 of its current seats in Congress.

Anyone can register to join Thursday’s tele-town hall online at access.live/AARPCensusVotersChoice. A recording of the call also will be posted afterward.

For the March 3 primary election, 15 counties have adopted the changes recommended by the Voter’s Choice Act. Padilla said this will give people more choice on when and where to vote by replacing neighborhood polling places with strategically located voting centers.

“So, if you vote by mail, nothing changes,” he said. “But if you vote in person, you can now choose where in the county to go — whether it’s close to home, close to work, close to the movie theater or the shopping mall. And you can choose when to go over the course of 11 days, up to and including Election Day.”

The Tele-Town Hall will be online at vekeo.com.

The HOA Is Not Handling Our Common Area!

HOA Homefront: Fiduciary Duty – What It Is, And Is NOT